Over the past few seasons Oceanside 70.3 has become my annual season opener and 2014 followed the same path.  In 2010 I did Oceanside for the first time and it was my first 70.3 distance race.  Ever since then, this race has been fun for me.  It is also allows me an opportunity to travel to San Diego, stay with my Aunt, and for my parents to come watch me race.

After spending the winter months in California doing some bigger volume base training and with only a few weeks of intensity back in Boulder, I wasn’t exactly too sure how this race was going to go.  My goal for this year is to have a consistent season of racing all the way through the end of November.  With that goal, racing in March is pretty early in my year.  However, my training had been going really well and I expected to be able to put together a very solid race.  After having a good swim that brought me 4th out of the water, I sort of settled into the bike leg.  I missed out on the opportunity to go with some guys that eventually formed a lead chase group and the race really went up the road away from me.  During the race I thought I couldn’t make that move or effort on the bike.  However, since reflecting on the race, I feel like I subconsciously made the decision not to go.  I really wasn’t IN the race as far as my mindset was concerned.  If I am being honest with myself, I have to admit that I was sort of going through the motions during this race.  I never really committed to the suffering, pain, and aggression that is necessary to actually RACE the race.  At this race I was competing against a very solid field against some of the fastest triathletes in the world at this distance, I shouldn’t except the race to come easily.  This was a mistake that I made mentally and it is something that I don’t think reflects my physical preparation.  I was able to have a decent run and finished 13th at the end.  I have had worse results at this race with more preparation and a better mindset, so if I am able to learn from my mistakes, I think that this is a good starting point for the year and makes me excited for the races to come.

The highlight of my trip was definitely the two days I spent in San Diego county post race.  Thanks to Keith Butsko, I was able to surf and enjoy some excellent breweries; which are possibly my two favorite things!  Especially when the breweries involve STONE!

Next up for me will be Wildflower.  I won the Olympic distance version of this race in 2009 as an amateur and I have always wanted to come back.  I feel like this is really where my triathlon career was started and I can’t wait to compete here again.  I also really like participating in TriCal events.  I received a lot of support from the organization during my first year pro racing in California.  This will be another great opportunity to race with some of my Olympic Club teammates and some old training partners from the Bay Area.
Posted by Kyle Leto Triathlete at 3:24 PM No comments:

I have finally come up with a close to finalized 2014 race schedule.  As has been the case for the past two seasons my main focus will be on the Rev3 Series.  I am also very excited to be able to make my return to Wildflower.  I won the Olympic distance race as an amateur in 2009 and that was really my start in becoming a professional triathlete.  TriCal races were my first experience racing has a pro and I truly loved going to their races when I was living in California.  I will also be doing my first Challenge Races and really look forward to racing near where I went to school in Davis for the Rancho Cordova Challenge race.

I had a very solid off season/base training phase back in California and aside from a few bike crashes, I believe it was a very good experience and hopefully will pay dividends throughout the entire season.  (After getting over about 50 stitches in just a two month period this winter; I am officially beating my brother, Chad, in the “who has the most stitches competition.”)  I am really looking forward to getting started on some races and making 2014 my best year yet!


I just finished my end of the year break and it was by far the best break I have ever had.  After almost a month off I feel very refreshed and excited to get back to work.  First, my last race was the Xterra World Championships.  All I can say about this race was that I was in WAY over my head.  I don’t have much off road experience and it really showed in this race.  But I was in Maui so not all was lost.  I was able to spend a few days in Maui and got started on my Hawaiian surf vacation by getting in some surf with my coaches which ended up being a great warm up for what lay ahead on Oahu.

My Dad’s college roommate lives on Oahu and he is an avid surfer/wind surfer/paddle boarder and I went to go visit him.  My time on Oahu turned into a blur of surfing fun waves and in great surf; it went by way too fast.  I tried paddle surfing for the first time (not such a good idea in 8-10ft surf), checked out a few mountain biking spots, and surfed almost twice every day I was there.  I had a GoPro with me for the trip so I will post a video shortly from my time on Oahu.

Since two islands apparently weren’t enough, I went over to Kauai with my parents.  I was really excited to visit Kauai because I had never been there and everything I had heard about it sounded incredible.  My experience there definitely lived up to expectations.  I went on a different hike every day and saw as much as the island as I could in a week.  I will definitely be back again to do some more exploring.

With my time in Hawaii (almost 4 weeks) coming to and end I still had one more part of my break left.  Since I am spending some of the winter months in California, I needed to drive my car from Colorado back home.  My brother and I decided that we could pull of a road trip and visit some national parks that we had never been to.  Even with all the surfing in Hawaii, this was probably the best part of my break.  We went to Arches, Bryce, Zion, Joshua Tree, and of course had to do a stop in Vegas.  We had an amazing trip and I can’t even begin to describe all the places that we went to so I’ll  put a few more pictures than normal.  I realized after this trip that I could do one for a much longer period of time and I think I have a lot more exploring in my future! 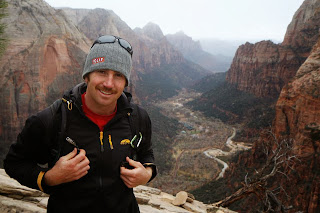 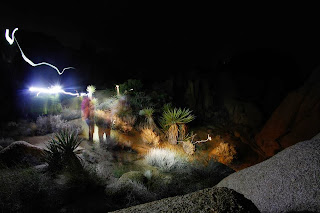 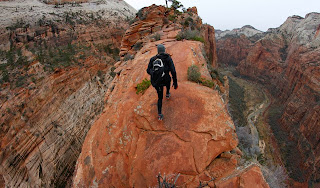 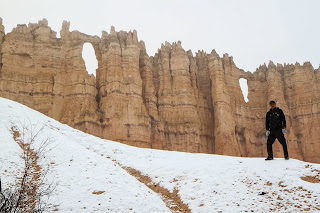 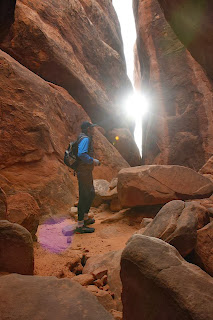 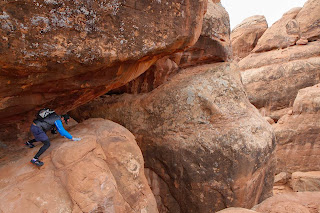 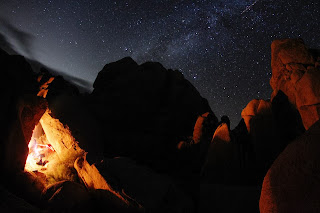 Posted by Kyle Leto Triathlete at 12:29 PM No comments: